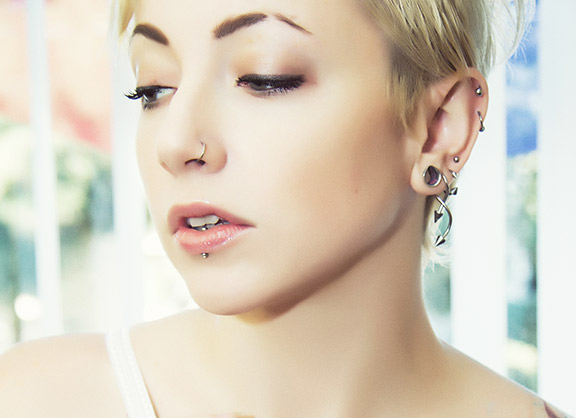 A little Jin N Tonic for ya

In quite possibly the best, most entertaining, brutally honest and sexy interview to date, it goes with out saying a little Jin N Tonic for ya is good!  Shot by Contributing Photographer Sal W. Hannah, Jin N Tonic is incredibly funny, sexy, witty and did we mention sexy? Let’s take a minute to check out her titillating…err interview.

Jin N Tonic: I was born in Bakersfield, CA (yuck!) but grew up in Idaho (boo!) until two years ago when I returned to southern California where I belong (Yay!).

GMM: You’re a Cancer, how would you describe your personality in that regard?

Jin N Tonic: Cancers are very emotional, but very, VERY strong people. I’m ruled by the moon and my eyes change colors with the moon cycle and with my emotions (from green to gray to blue and I’ve even been told to gold).

Jin N Tonic: My fantastic rack. Wait, no, my versatility.

Jin N Tonic: I was doing a small part in a film up in Idaho and one of the camera operators asked if he could take my photos. He used a legit, old school, film camera and the images were amazing. I got more requests after that and, after a while, I stopped insisting that ‘I’m not a model, I just model for fun’ and realized that I was the only one holding myself back. After that I embraced being a Model to the fullest and have never looked back!

Jin N Tonic: Every photo shoot is like a mini acting gig. Or sometimes more like dozens of scenes, each one I have to draw out different emotions and portray them with my body. Every shoot is a mental and physical challenge and I LOVE that. Not many people get to say that about their job.

Jin N Tonic: I recently moved to LA and four days after my move got to work with one of my idols Ulorin Vex. It was a bodypaint shoot and our pose was very intwined with me as the support and Ulorin arched over me. I was beyond excited to meet her and probably all kinds of nerdy fan girl, but basically my introduction was ‘Hi, I’m Jin! I’ll be the one with her face in your ass for the next six hours!’ It was fantastic. Her ass smelt like success.

Jin N Tonic: I love edgy and fashion. I also LOVE latex. Combine those three and that is an ideal shoot!

Jin N Tonic: Haha that is a funny question and I’d expect a lot of conceited answers. In ‘the real world’ I don’t look at all like my photos. I’ve never once had anyone ask if I model. In fact, I’m often asked if I’m a photographer. I think it’s because I’m such a goof. There’s definitely a lot of support I receive from my fans and I adore and appreciate every single one of them! Most of the ‘adoration’ though is very inappropriate and I can certainly live without it. I see many models constantly treated without respect. Just because I love my body and post sexy photos, doesn’t mean I am objectifying myself and I won’t tolerate others doing so either. Modeling is an art form and a talent that, to me especially, doesn’t always come easy. If my photos turn someone on I want them to go ‘wow! mad respect!’ not say shit like ‘daayyum grl dat pussy phat!’

Jin N Tonic: RIght now my goal is to shoot shoot shoot!! I need to be in front of the camera as much as possible! I’d like to get more into burlesque and performing, as well as comedy, I really have a lot of interests, but those may have to come later. My modeling is my main focus at the moment. My real goal is to be on the cover of every alt model and glamour magazine possible!

Jin N Tonic: I can’t cook. That’s not really a talent. The talented part is that I somehow manage to get others to always cook for me.

Jin N Tonic: Getting ready for a shoot is a constant process. Every day I have to take care of my hair, my nails, my skin, and my body. Eating right and exercising isn’t something I get to take a break from. As far as prep for a particular shoot it usually starts the day before with shaving, mani/pedi, picking out wardrobe, testing out hair/make up, and getting good sleep and eating very clean. Day of it’s usually at least a two hour process doing hair, make up, packing, and always keeping constant updates on my many social media platforms (selfies galore on Instagram/Tumblr/Twitter @TheJinNTonic!).

Jin N Tonic: Don’t go it alone! When I started I didn’t really have anyone to guide me. I made a lot of mistakes and wasted a lot of time. I even ended up in some scary situations. That’s all 100% avoidable and now that I’m immersed in this world I see all the many resources out there available to models to help guide them. So when you’re starting; ASK QUESTIONS! Check out blogs, read through the model mayhem forums, even feel free to send me a message. I’m always happy to help. My other advice; BE SERIOUS. Modeling as a career is WORK. It’s not just about looking pretty and sometimes showing up to look pretty and then having the prettiest FB photos (with no credits). Look into what being a professional model really entails. If it sounds like something you’re willing to push yourself to do, then go for it! And don’t let your appearance stop you. There’s a need for models of every height/size/weight/whatever! A model in a wheelchair just got picked up by Diesel! So you have to believe in yourself and go for it.

Jin N Tonic: My height!!! I see models all the time with very similar hair and features as mine.. but because they’re 5’7″ and up they have a lot of opportunities that are not available to me. I’m not trying to complain and I certainly don’t let it get me down, but I definitely have to work hard every day following my dream via a non-mainstream path!

Jin N Tonic: If I had to walk away from modeling I would take with me a great sense of accomplishment. I was this gawky, short, chubby, and incredibly unphotogenic little girl. From that I’ve not only developed a talent but I’ve created a business. I’ve learned how to market myself and truly become an entrepreneur. After all this, I know that there’s nothing I can’t do.

Jin N Tonic: I’d love to be remembered for being fearless with my actions and my words. Yes, this is my ass. Get over it. No, I don’t support the war. I said it. BAM. That’s what being Jin N Tonic is all about. I don’t apologize for my views on life and I certainly don’t give a fuck what other people think of me. Every day I have to blast my photos all over the internet for people to judge, to mock, to degrade, but I’ll never stop because this is what I love doing. I think that that’s something every person needs to discover in themselves; the freedom to be who they are. That’s what being a badass is all about.