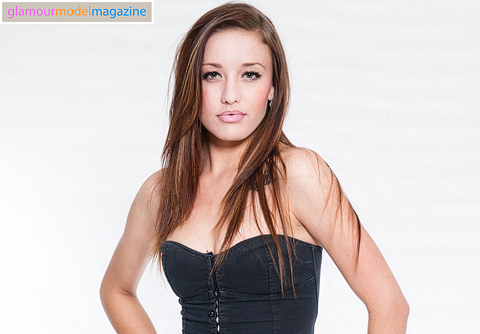 Denver Glamour Model Sesilia Lynn is a Libra that rebels and doesn’t follow her horoscope! While this James Dean bad boy loving beauty is sure to suck you in with her amazing green eyes, her smile and sass completes her trifecta!  Shot by staff photographer www.jaykilgore.com, lets get to know this green eyed beauty!

Sesilia: I’m Heinz 57, a little bit of everything!

GMM: You’re an Libra, how would you describe your personality in that regard?

Sesilia: I don’t really follow it all that much anymore but, last I read I was going to have a ‘wonderful date night with my significant other.” And I’m single. 🙁

Sesilia: My eyes and my smile.

Sesilia: Through Jay Kilgore and his awesome super powers behind the camera!.

Sesilia: Being able to express myself, through body language and clothes. It’s fun playing dress up!

Sesilia: I could not , for the life of me, make the perfect “O” with my lips for a pin up shoot and my two best friends were giving me hell for it.

Sesilia: In two years I would like to be on the front cover of Forbes magazine, and try to become a Vitoria’s Secret Angel!

Sesilia: Art, I love to draw; dance and I’d like to say I can sing but, the shower is perfect auto tune. Oh, and I enjoy making people laugh!

Sesilia: Usually light on the make-up ( in case I want to switch things up at the shoot and add some for a shot) Hair down ( no product) waved, or strait Nap before the shoot so I don’t show the toll the day has taken on me ( touch up face if need be)

Sesilia: Have fun! I know it sounds cliché but it couldn’t be more true. If you show up to a shoot tense and trying too hard you won’t get many great shots, versus showing up relaxed and carefree. You notice the glow one has when they LOVE what they do so, do just that and LOVE what you do, have fun!

Sesilia: My family’s acceptance would be my biggest obstacle. Their support means the world to me but, at the same time some of my family would disagree with what I do.

Sesilia: I remember being scared to show off my body but by the time my second (implied) shoot came around I was out of my cocoon,. Having prior knowledge that many celebs showed off their bodies to get to where they are and have the recognition they have I decided that if I was serious about pursuing my career in modeling then I was going to have to do whatever it took to get there, even if I was by myself.

Sesilia: The opportunity, I would want people to know that I didn’t give up and that I did work hard to get to this point in my life. I would want to empower and encourage others to accomplish their dreams.

Sesilia: Personality and attitude, if you are bland and or rude then kick rocks! I don’t like negativity.

Sesilia:  1)sense of humor 2) bad boy exterior with good guy interior 3) Has to be a family guy ( my family is very important to me) 4) Smart.

Sesilia: Abdominals and tattoos, if he has light eyes that’s a plus!

Sesilia: I’m all about the ‘James Dean’ bad boy! Just don’t be bad to me.

Sesilia: Spontaneity. He has to keep things interesting and fun!

Sesilia: I engage in flirting.

Sesilia: We went on our first date and he took me to a place that over looked the city of Denver ( at night) and we were looking at the stars and the city lights; as I went to say something he caught me in mid-sentence and kissed me!

Sesilia: Told me that the only reason why he was trying to pursue me was just for sex.

Sesilia: “If they care enough with what I do, then I’m already better than them.” –Marilyn Monroe

Sesilia: Los Angeles, I went there for a business trip and waking up there was breath taking.

Sesilia: YouTube I can spend hours getting lost in the strange things that the world.