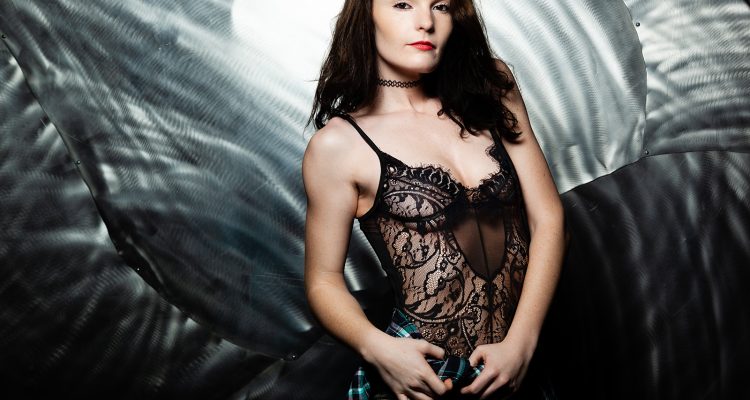 The most beautiful Psycho Calysta Bates

The most beautiful Psycho Calysta Bates

The most beautiful Psycho Calysta Bates is a great feature for me. I met Calysta through GMM’s own TJ. TJ and Calysta had an…interesting convo about shooting. I jumped in to clear up some of the air and found I actually dug Calysta! She’s got a great personality and super inquisitive. She needs to know how everything will work before she commits to anything and I absolutely love that about her! Great look, killer body and about the best set of boobs I’ve seen in years, Calysta is a model I can’t wait to shoot with again! Before we jump into her feature, let’s hear from Calysta herself on how she would describe herself;

Calysta: To describe me? I’m a Virgo who is a full time Freelance Model.  Born and raised in California, my measurements are 34C-34-24. I get the most compliments on my boobs (Chalk Jay’s comment above up to yet another comment on them 😉 )and what I consider my best asset to be? Guess you’ll never know! Five words that describe me would be; Sparky. Intuitive. Sexy. Tease and goofy.

Now, let’s find out about her career:

GMM: How did you get started in modeling?
Calysta:When I was younger I can just remember my mom pulling her camera out and my whole mood would completely liven up. Thus brought my nickname around “Ham.” “You’re such a ham infront of the camera” “wow, you are an entirely different person in front of the camera”

GMM: Are you signed with an agency?
Calysta: No.

GMM: What do you enjoy most about modeling?
Calysta: Taking on different characters and being able to be someone I’m not typically.

GMM: What are the top three things you like to shoot?
Calysta: Boudoir, implied artistic nude, & glamour

GMM: Where do you want your career to be in two years?
Calysta: Still bringing me happiness.

GMM: What are some of your hidden talents other than modeling?
Calysta: I make a wonderful actress. Also, I can read people very well.

GMM: Take us through your getting ready to model routine?
Calysta: Well damn…alright…It starts with meditation the night before and morning of. Depending on how i feel after that I might blast some G-Eazy or relax in silence. I will wash my face and brush my teeth. Take a small break (depending on time) then prime my face and start doing my foundation, bronzer, and blush. Then I move on to my eyebrows, followed by either lashes or mascara. My hair i will let down from the bun its in, give it a little scrunch. Spray my favorite perfume (VS Wicked) and grab my keys.

GMM: What is the best info you can give a new model?
Calysta:As cliche as it may seem, be yourself honey. They’re either going to love you or not. Why waste time with people who don’t love you?

GMM: As a model, what would you say has been your biggest obstacle?
Calysta:Keeping a constant day to day schedule. People drain me and I can only handle humans for so long.

GMM: If you had to walk away, what would you like to be remembered most
for?
Calysta: My mesmerizing eyes that leave you charmed. Or my all natural perky boobs.

GMM: What, if anything, did we leave out that you want your fans to know?
Calysta: Without a doubt my name fits me perfectly: Calysta is a Greek name that means the most beautiful. Bates meaning psycho.
You get the best of both worlds with me (: